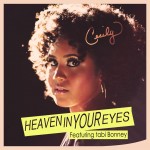 Today, I represented Growth Group at the Future of Music Summit in Washington, DC hosted at Georgetown University. Often attorneys, regulators, record labels, and nonprofit organizations are in attendance. This year, I attended to learn, which will in turn help me serve as a better accountant for musicians and artists. The music industry was also […]

Last night for the taping of episode #9 of The Circus Life Podcast, I had the pleasure of meeting 9/10ths of M.H. & His Orchestra. The group is talented and certainly entertaining. This DC based band had personality for days and musicality for years, they’ve been around since the 1460’s! (that’s not a typo, check […] 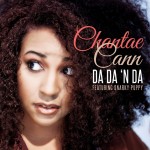 Not only do I adore Chantae’s hair, but she’s such a talented singer and songwriter! This week’s Uncover Music Monday features Chantae Cann, an musician whose style is a smooth cross between jazz and soul. I love her song “Da da’n da” -featuring Snarky Puppy so much that it’s now set as my morning “alarm.” […] 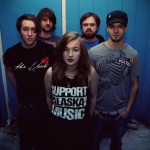 This week I “uncovered” an alternative metal band, DIVIDES. This band is has 5 members, and man are they cold (I had too, their band is in Alaska). I often ask people, “What type of music do you like?” The majority say they listen to just about everything. This Uncover Music Monday featuring DIVIDES will prove […]

This week, Uncover Music Monday opened me up to exploring a different music genre. Folk. I have a thing for acoustic guitar and when coupled with a beautiful voice, I’m stuck! I came across a Georgetown musician, Mellen, while browsing Bandcamp and heard “Nothing Comes To Pass.” Mary Ellen Funke aka “Mellen” identifies as singing […]