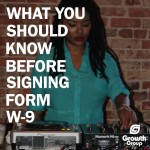 You’re getting all geared up to perform with a band or artist you look up to, but before they accept you as a part of their team you receive an IRS Form W-9. Below are some frequently asked questions musicians have about Form W9: What is a W-9? A W9 is a request for your […] 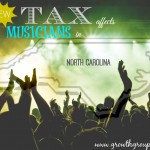 Supporting live performances will be a bit more expensive for North Carolina music fans beginning January 1, 2014. As the musician, artist, and/or venue selling tickets to a concert or other event,  you must begin collecting the North Carolina sales taxes for the admission price (this even includes cover charges). For example, let’s say you have […] 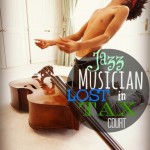 Jazz upright bass player and music professor was denied certain tax deductions in US federal tax court, on September 30, 2013. After being audited by the IRS and receiving notices for not filing tax returns for several years, the jazz musician prepared his taxes by himself and was disallowed tax write-offs he claimed on his […] 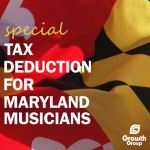 Paying less tax helps you invest in your craft and helps your music business soar. Musicians performing in Maryland may not have to pay state income tax on income from an arts district. Receiving the Maryland musician tax deduction is like finding pocket change in your couch cushions – it may not always make a […]