Supporting live performances will be a bit more expensive for North Carolina music fans beginning January 1, 2014. As the musician, artist, and/or venue selling tickets to a concert or other event,  you must begin collecting the North Carolina sales taxes for the admission price (this even includes cover charges). 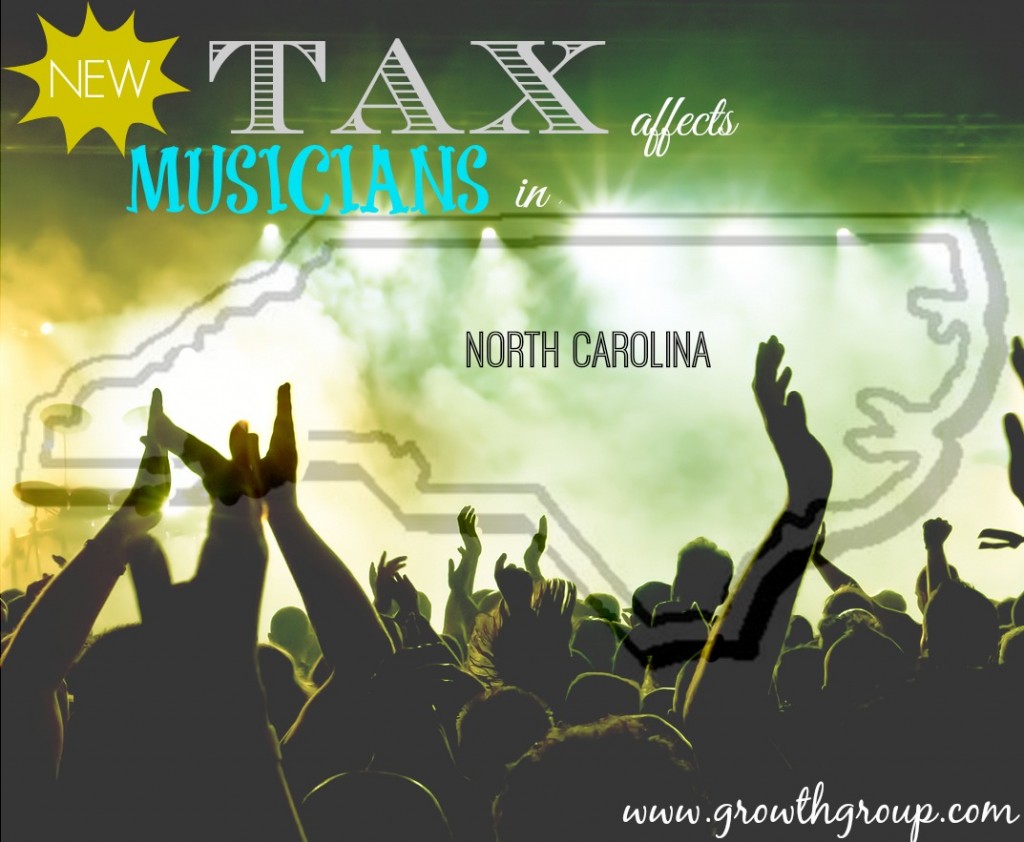 For example, let’s say you have a gig scheduled for March 15, where you are charging fans a cover of $10. North Carolina requires you add between 67-75 cents per ticket, then send it to them. It would look something like this:

Similarly, many other states, require this tax on ticket sales and cover charges. As you can see, musician taxes involve more than just your annual income tax return. Other items independent musicians should be aware of is that you must charge sales tax on CDs and merchandise, such as t-shirts, stickers, and even panties! (Hear about “Uke Can’t Touch This Panties” on The Circus Life Podcast)

Are musician taxes going up?

Do you think these new taxes on admissions will affect your music ticket sales?